Three promotion events have been launched by the free-to-play game TwelveSky 2 with coveted prizes waiting for you!
The Veteran Warriors CP Event and New Warriors Leveling Event run from August 18th, 2009 to September 1st, 2009. Only players who have registered their accounts before August 18th are qualified to participate in Veteran Warriors CP Event. And contestants are required to compete to earn Contribution Points through PvP battles. Five first-prize winners will get $250 in Mokens and a T-shirt. The second contest is a leveling event for new warriors who register after the start date. The five 12sky2 Gold players who gain the most levels will earn $200 in Mokens and a T-shirt. 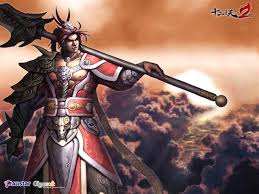 Eight iPod Touches will be sent out to the winning teams. Except four existing pets, five brand new species of pets that will provide players with special buffs and additional experience boost have been added.
Also, The disciple system has been operated in the patch, where the high level players can accept only one low level players as disciple. Of course, merits will be rewarded accordingly. Apart from that, New skills including Iron skin and 12sky2 Prayer have been planted.